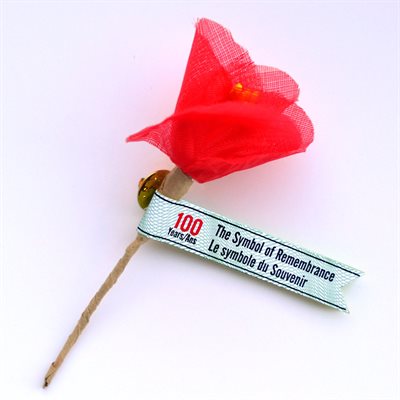 In July 1921, the Great War Veterans Association (which in 1925 would unify with other groups to form the Canadian Legion) adopted the Poppy as the flower of Remembrance.

To celebrate this 100th anniversary, The Royal Canadian Legion has produced this commemorative Poppy, a pin reminiscent of the first Poppies distributed after the First World War.